The Woods is open to all children. For more information about our COVID-19 protocols please click the button to learn more.

Our Montessori teachers are all certified by an accredited Montessori training program and our assistants have a depth of experience and great love for children. 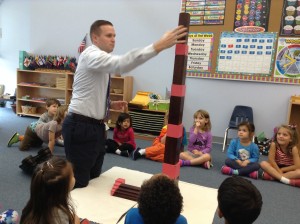 Mr. Dan has been at THE SPRINGS since 2008. He quickly got put to work as a jack of all trades, volunteering his time assisting in the classrooms,  managing the school office, and taking over responsibility for all heavy lifting! Despite being a career Electrical Engineer, Mr. Dan fell in love with working with children and immediately jumped into the world of Montessori Education!

Mr. Dan completed his Electrical Engineering Masters degree at The George Washington University, while simultaneously completing his Montessori Teacher’s Certification at the Northern Virginia Montessori Institute. He taught in the classroom before moving into a full time administrative role. Mr. Dan is currently pursuing another Masters degree in Montessori Education through Xavier University.

Mr. Dan enjoys bringing a male perspective to our mostly female staff and helping prepare the next generation leaders and innovators! Having grown up in South Jersey, Mr. Dan is also a die-hard Philadelphia sports fan. He enjoys soccer, reading, spending time with his children (Maeve, Nora, Michael) and taking advantage of his wife’s love of cooking! 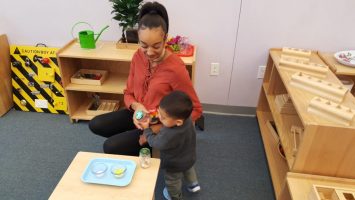 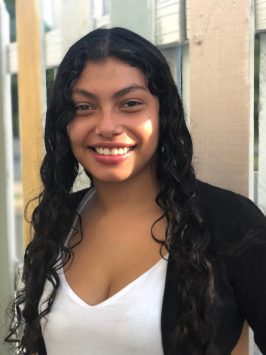 Ms. Catherine is currently pursuing an Associate’s in Business Administration from NOVA Community college.  Upon completion of her Associate’s, she plans to transfer to George Mason to complete her Bachelor’s in Business Administration.  When she is not studying or working, she enjoys spending quality time with her brother and sister (Ms. Erika) and her dogs. One thing she really enjoys most about working with the children is how they show their love and appreciation first thing in the morning. Being a part of their everyday development is truly a gift. 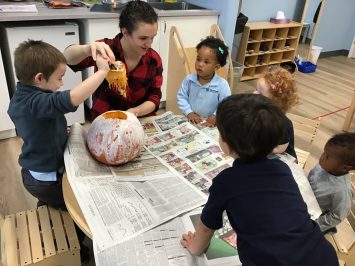 Ms. Elyssa has been teaching infants and toddlers in a Montessori classroom for the past eight years. She loves teaching in a Montessori classroom because the environment fosters independence in the child, allows each child to grow as an individual, and emphasizes the importance of community. She’s lived in Canada, Rhode Island, and DC, but now she calls Stafford, Virginia home. Her time outside of school is filled with renovating her house with her husband, spending as much time as possible painting and making art prints. 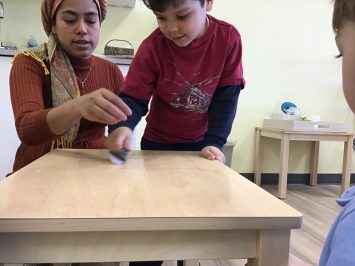 
Ms. Khin joined THE WOODS in January 2019.  She is from Burma, current day Myanmar, in Southern Asia.  When deciding on a career, both Ms. Khin and her sister became teachers just like their mom.  In 2004, Ms. Khin graduated from the University of Yangon in Burma and began teaching.  In 2008, Ms. Khin and her husband moved to the United States.  She was introduced to the Montessori philosophy in 2013 and decided to pursue a career in Montessori education.  Ms. Khin has two daughters, and when not at school, Ms. Khin enjoys traveling, hiking, and visiting the beach (every summer!) with her family. 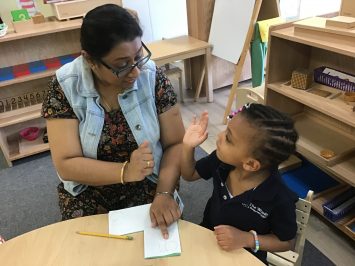 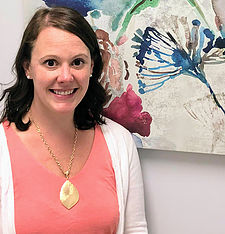 Ms. Maureen’s journey began at THE SPRINGS began in 1996 when she was only 14! Maureen began volunteering on days lacrosse practice was canceled (a.k.a. rainy days when the children were cooped up inside). Ms. Maureen fell in love with children. She continued to work at THE SPRINGS throughout high school and every summer when she was home from college. While she enjoyed working at THE SPRINGS immensely, Ms. Maureen never imagined she would make that her ultimate career path. After graduating from the University of Pennsylvania, Ms. Maureen worked for Booz Allen Hamilton as a small business communications and outreach consultant before deciding that she missed the children too much.

Thankfully, THE SPRINGS was in need of an Assistant Director, and Ms. Maureen was invited back working both in the office and in the classroom. Ultimately, she fell in love with the Montessori Method, completed her Early Childhood Montessori Teacher Certification in 2005 and became Head of School in 2008.  She recently added a Montessori Infant and Toddler Certification to her list of credentials.

Ms. Maureen has recently scaled back to a part-time role to focus on family and pursue opportunities in the greater Montessori community.  Her role at THE WOODS is to support staff development and mentorship, parent education, improving special needs resources and provide business support.   Ms. Maureen’s favorite pastime is spending time with her family: Mr. Dan, her daughter’s Maeve and Nora, and her son Michael who also attends The Woods soon. Ms. Maureen loves reading, history, creative writing, cooking and the Philadelphia Phillies!

© 2021 Copyright The Woods, A Montessori School. All Rights Reserved. | Powered by Go Montessori